The Genetic Code: One Woman’s Story on How Genetics Pave the Way For and Impact, Your Life,Forever

Once Upon A Time

Susan Landry was born in 1960.  She is now 54 years young and currently resides in rural Iberia Parish, down in South Louisiana, just off the Coast of the Gulf of Mexico.  Susan is one of six children and a mother of 3.  She is now in the process of reestablishing her life and jump-starting a business with her daughter (and that would be me, hehe).

Susan was the first born of the six children that her mother and father bore.  Due to this, she often had to put her child-like urges and temptations to the side a lot, to help take care of her younger siblings.  My grandmother and grandfather are born and raised Catholics with great religious values.  In these times, you could not just simply take birth control.  They firmly believed against it thus, my granny got pregnant nearly six years after having her first four children.

My grandmother went through great struggles in her fifth and sixth pregnancy, running fatal risks, during labor, for both.  She was strongly urged to prevent herself of getting pregnant again in the future; for there was a possibility that neither her, nor her baby, may make it through alive.  As a result of this, she had to go to her priest and ask permission to start taking birth control.  He granted her permission and that about sums up that chapter of her life.  With all previously mentioned circumstances as they were, Susan was forced to take on even more adult duties, before her time.  Someone had to help her parents and help keep up with the other children and babies.

My mother was always smaller than the norm, due to the dwarfism that she carries.  Fully grown, she is now 4’9” (keep in mind that they carry dwarfism and are not full-fledged dwarves).  My father, Vance, (6’8”, same situation) also carries gigantism, which can result in almost all of the same issues and problems, aside of the fact that one can cause you to be abnormally large; and the other, abnormally small.  All of this information is crucial to how our family has become who they are today.

Due to these similar genetic conditions, they both let themselves become somewhat of loners in school.  Since my mom had two younger brothers, she was actually around my father frequently.  You see, my dad was very close friends with the two next-to-eldest brothers of my mom.

Inevitably, they got to know each other.  This gave the opportunities to begin identifying with one and other on many different levels.  And, we’ve all heard this story before; it led to a romance.

In April of 1981, Susan and Vance took the leap and finalized their decision to commit to each other and start a family.  And so, they were wed.  In January of 1982, they thought that their prayers had been answered when they found out that my mother was pregnant.  Unfortunately, she had a miscarriage.  This was, and still is, very hard for her to deal with.

After Susan’s miscarriage, they naturally had to collect the proper ‘evidence’ and head to the doctor.  However, this proposed a problem.  While investigating this issue, the doctors discovered that my mother actually had not passed the late baby.  They then had to surgically remove it, explaining that if she would not have come in, she probably would have not passed it.  And, as a result, would have bled to death.  That wasn’t all they learned though.  The doctors then brought to my mother’s attention, her blood type.  Susan’s blood type is O-.  Now, this sounds great, at first because, it’s universal.  That means that anyone who needs to be given blood, for any reason- can be given her blood, safely and effectively.  However, it just so happens that when you have this blood type, pregnancy problems can arise.  And, this is a case where just that happened.

You see, my father’s blood type is B+.  Therefore, when my mother became pregnant, with a baby whose blood type was also B+, her body recognized it as a sickness and began to fight it off, as if it were such.  The results of this ordeal, being that she lost her first baby.  She then learned that she would have to take a shot to help ensure that this could not happen again in the future.  When my mother became pregnant for the second time, she immediately went to get this shot (she also had to get the shot again, after birth.  This was to again, ensure the health and safety of future babies).

Ok, ok, I’ve already shared more than I think I should have for my first post.  We haven’t even tipped the iceberg in the extraordinary woman’s life; stay tuned! 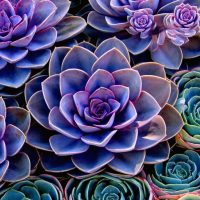 Art doesn't have to be worthy

to be worth sharing

A blog about everything and nothing.

The Culture Of Now

This WordPress.com site is the bee's knees

A blog about love or lack thereof

In the times i needed most, I WAS ALONE. Real life stories through my life that hopefully can enspire someone struggling.

A blog dedicated to that part of my brain that makes me talk.